Nearly 60 Wyoming County residents have filed multiple lawsuits against the Invenergy wind energy company for lost quality of life and property value in relation to the Orangeville Wind Farm. 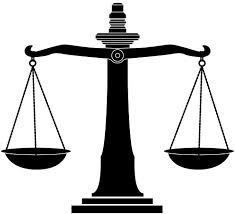 Papers were filed in early-August with the State Supreme Court in Wyoming County. Attorney Richard Lippes, of Lippes & Lippes in Buffalo, is representing the residents, who primarily come from Orangeville. Two individual lawsuits have been filed against Invenergy, with a third being a mass tort.

“They’re all individual homeowners that have wind turbines near their property and have been adversely impacted by the turbines,” Lippes said of his clients.

The Orangeville Wind Farm has 58 turbines and began commercial operations earlier this year.

In their lawsuit, Lippes’ clients are looking to be compensated for what Lippes says is an adverse impact on their quality of life and lost property value.

“The turbines are close enough so that they can constantly hear very loud noises,” Lippes said. “Very loud like a jet engine. Some also say it’s like a huge diesel truck continually going by their front door.”

Lippes said some of his clients also say there is a low-frequency sound, which they don’t hear but can feel. Light-flicker occurs as well, he said, which results from rotating turbine blades, wherein it goes through residents’ windows and affects their ability to receive television.

“There’s a whole range of problems that develop,” Lippes said.

He said his clients are also seeking to abate the problem so that the adverse effects do not continue into the future. How those effects will be abated, he said, is up to an engineer to determine.

Since the papers were filed with the State Supreme Court, Lippes said he has not heard from Invenergy.

When contacted for an interview or statement by Warsaw’s Country Courier, Invenergy declined to comment on the matter.

The new lawsuit does not have a relation to the former suits.

Lippes said he would like to note that he doesn’t have any agenda against clean energy.

“I would like to point out that my clients, or myself, are not anti-wind or any form of renewable energy resource,” he said. “It’s quite the contrary, we’re very much in favor, or at least I am. But it’s very important that the site be carefully determined, so there is not adverse affects on homeowners.

“In this case it’s too close.”