A new Health Canada report that suggests wind turbines have no direct health consequences has whipped up a tornado of frustration.

While wind turbine supporters applaud the two-year, $2.1-million Health Canada study — the largest, most-comprehensive of its kind so far — opponents say the government is downplaying the technology’s drawbacks.

While the Wind Turbine Noise and Health Study found no link between wind turbine noise and any of many self-reported health issues, researchers did say “annoyance” was a factor with such things as noise, vibration, shadow flicker, and warning lights on the top of the turbines. 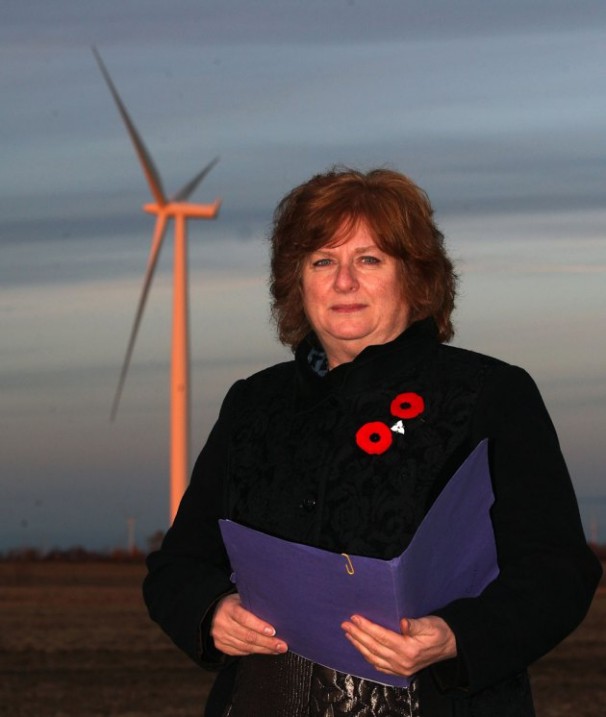 “It’s another one of those studies that tries to minimize what are very clearly problems,” Tamara Stomp, the deputy mayor of Kingsville and member of Citizens Against Lake Erie Wind Turbines, said Friday. “It’s a government of Canada study. We know that the Harper government has hired all the researchers and has approved everything they say before they say it.”

Stomp called annoyance a serious issue, given that studies link it to stress, which causes a number of health problems.

“The study doesn’t really get at the issue, which is the slow, methodical aggravation of wind turbines in populated areas,” said Stomp, who thinks wind turbines should be at least two kilometres from homes. “It’s like Chinese water torture.”

Stomp, the only member of Kingsville council to vote against wind turbines in Gosfield North, said she still hears complaints from citizens about wind turbines, which can climb to 300 feet or more.

“Making a blanket statement that there is no problem with any of these is not really fair,” she said. “And it doesn’t take into account that there are different people in the population who have particular sensitivities.”

He noted that the process included public consultation and was approved by the World Health Organization — though he still will not say definitively that wind turbines are safe.

“Health Canada would never look at this study in isolation, despite its strengths,” Michaud said.

Michaud acknowledged, however, that annoyance levels must be considered.

“We found that as the wind turbine noise levels increased, so did the prevalence of reporting being highly annoyed,” Michaud told The Star. “That is something that shouldn’t be undermined.”

Michaud said people tended to start reporting high annoyance with wind turbine noise at about 35 decibels, compared to about 55 decibels with traffic and planes. But Michaid said annoyance seemed to go hand in hand with other health problems.

But the question remains: what came first, the wind or the problems?

“It doesn’t mean the annoyance is causing these things,” Michaud said. “It does mean they are associated with them. But the condition may have existed before the turbines were even present.”

“We look forward to reviewing the results of the Health Canada study in more detail and will continue to monitor the scientific literature in this area,” Hornung said in a media release. “The balance of scientific evidence to date continues to show that properly sited wind turbines are not harmful to human health and that wind energy remains one of the safest and environmentally friendly forms of electricity generation.”

Hornung also noted that the Health Canada report suggested other factors that may contribute to annoyance levels, including economic benefit, visual appearance and noise sensitivity.

The debate nevertheless raged on.