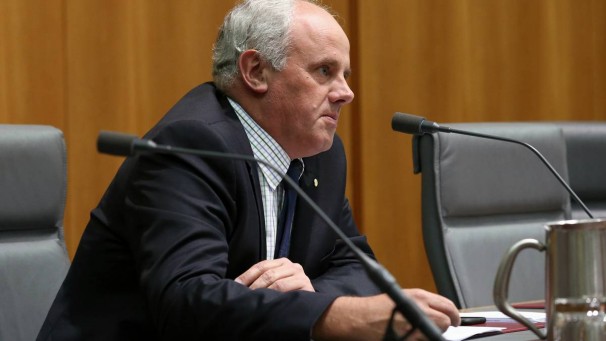 All levels of government have been duped by sham compliance reports which allowed major wind farms to breach noise limits and collect millions of dollars in subsidies, says independent senator John Madigan.
Senator Madigan used parliamentary privilege to blow the whistle on what he said was a corrupt­ system of wind farm noise assessments. He singled out international noise consultants Marshall Day (MDA) and its consultant Christophe Delaire, who has been involved in more than 50 wind farm projects.

Senator Madigan told the Senate MDA’s commercial arrangements with wind farm operators Acciona and Pacific Hydro had “adversely affected the independ­ence of its reports and the legitimacy of conclusions”.

He was speaking in support of a Labor recommendation, in its dissenting report to the Senate inquiry into wind farms and health, that wind companies use independent consultants to assess post-construction noise compliance.

Senator Madigan said in the seven years of its operation the adjustments necessary to ensure the Cape Bridgewater wind farm in Victoria operated in compliance with its planning permit had never been applied. Instead, the wind farm operator had employe­d “experts”.

After initially saying the company was considering a response to Senator Madigan’s speech, MDA chief executive Peter Fearnside said “we have decided not to respond”.

A spokesman for Pacific Hydro, the operator of the Cape Bridgewater facility, said “our only response is the wind farm is compliant and there was nothing irregular in the way the compliance reports were produced”.

Senator Madigan told parliament the Cape Bridgewater wind farm had never been compliant with its noise requirements, “despite­ the falsified conclusions drawn by MDA and the claims of its master, Pacific Hydro”.

Senator Madigan outlined a system of using post-construction reports to overcome issues of noncompliance raised in the pre-construction analysis.

A 2006 analysis by MDA predicted that compliance could not be achieved at Cape Bridgewater without operating 13 of the 29 wind turbines in reduced operational noise modes. But a post-construction report by the company cleared the wind farm.

Senator Madigan detailed a system of “averaging” used by MDA, which he said was not permitted by the wind farm noise guidelines.

“An ‘average’ noise level means nothing,” he said. “That’s why the permit requires that when the wind farm is operated it must comply with the NZ noise limits at all dwellings.”

The reports have been accepte­d by government bodies, resulting in millions of dollars worth of subsidy payments to the operators.