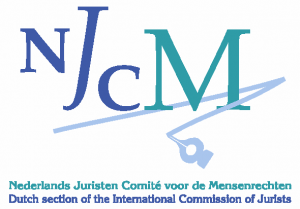 Response to the call for input by the Office of the UN High Commission for Human Rights in relation to the detailed analytical study on human rights and environment to be carried out on request of the UN Human Rights Council in Res. 16/11 of 24 March 2011.

THE RELATIONSHIP BETWEEN HUMAN RIGHTS AND ENVIRONMENT

A. HUMAN RIGHTS AND ENVIRONMENT: INTERDEPENDENT AND INTERRELATED

In this resolution of 24 March 2011 the Human Rights Council (hereinafter: the HRC) requested the Office of the United Nations High Commissioner for Human Rights (hereinafter: the OHCHR) to ‘conduct a detailed analytical study on the relationship between human rights and the environment, to be submitted to the HRC prior to its nineteenth session.’ The present paper seeks to make a contribution to this study by providing the views of the Dutch Section of the International Commission of Jurists’ (hereinafter: the NJCM) 3 on:

The NJCM is hereby responding to Point 1 of the call for input by civil society of the OHCHR.

The NJCM will recommend in particular that the detailed analytical study of the OHCHR:

2. Should pay particular attention to the merits and feasibility of elaborating a separate substantive right to environment on the international plane, whether as a binding right or as a declaration of soft law. This right and the discussions surrounding this right are further discussed in a later part of the paper. However, practice and doctrine seem to suggest that such a right could be a valid addition to the present code of human rights and deserves further consideration as such.

B. VARIOUS DIMENSIONS OF THE LINK BETWEEN HUMAN RIGHTS AND ENVIRONMENT

1. Adequate environmental protection as a precondition for the enjoyment of existing human rights

The first dimension of the link between human rights and environment to be mentioned and which is already widely acknowledged in doctrine and practice, considers that proper and full enjoyment of existing human rights – such as the right to life, private life, health, food, water and proper sanitation, housing, work and development – cannot take place without taking into account adequate protection of the environment.6 The NJCM has reiterated the links between environmental protection and existing human rights in an earlier submission to the OHCHR, i.e. in the context of its 2008 study on human rights and climate change.7

As was affirmed by UNECE and others on this matter: procedural rights should not be considered ends in themselves, ‘but are meaningful as means towards the end of protecting the individual’s substantive right to live in a healthy environment.’16

These cases are prime examples of the manner in which the European Court of Human Rights has successfully addressed the question of violation of Article 8 ECHR by reference to established scientific environmental quality standards. Traditionally, the European Court of Human Rights has determined whether noise pollution engages Article 8 ECHR by taking into account domestic standards for prevention of noise pollution, international (WHO) standards on noise levels and the levels of protection available in other European countries.71 The court will generally base its finding on a violation of Article 8 on the extent to which noise levels have exceeded particular domestic or international safety levels, as such considering in some cases that the interference was severe enough to engage Article 8 of the Convention on Human Rights (Deés),72 while in other cases it did not deem the level of disturbance sufficient (i.e. Fägerskiöld).73