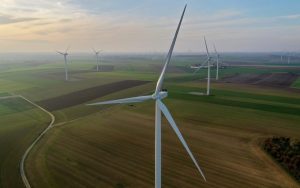 A French couple have been awarded more than £100,000 in damages after a court ruled that six wind turbines placed close to their home had caused them physical and mental suffering.

Their lawyers said the ruling was “unprecedented in France”.

After a six-year legal battle, an appeals court in Toulouse ruled that the wind farms had caused “abnormal neighbourly disturbances” to Christel and Luc Fockaerts.

The couple had complained that the six turbines – some placed less than a mile from their home in the southwestern village of Margnès – had caused headaches and dizziness, as well as disturbing their sleep patterns and even heartbeat.

The plaintiffs bought the property, an 18th-century farmhouse situated inside a national park, in 2004 and turned it into a gite. The turbines were installed in 2008 and 2009. 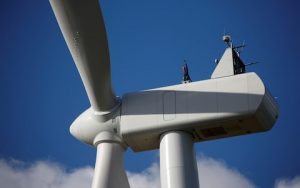 Wind farms have become a hot political topic as France gears up for presidential elections next spring
CREDIT: STEPHANE MAHE/Reuters

“At first we weren’t against erecting wind farms near our house but as time went on, our daily lives became nightmarish,” said Mr Fockaerts.

The problems started in 2013 after a wood that acted as a buffer zone between their property and the turbines was cut down.

Afterwards, they said their physical health had declined and they were disturbed by constant flashing lights that their lawyer said was like “a permanent thunderstorm”.

“It was a really terrifying attack on sight and hearing,” said Mr Fockaerts.

They tried to contact the two turbine companies behind the farms, to no avail. “These operators produce green energy far from their door with no concern for people who live next to them,” he said.

The wind farms brought in €100,000 per year to the surrounding municipalities. “We realised that financial gain brought by these turbines took precedence over residents” Mr Fockaerts said.

On the advice of a doctor, the couple moved in 2015 and rented a property 10 miles away. Within a year, all of their ailments disappeared and they filed a legal complaint.

However, a court in Castres threw out their case last year on the grounds that such a syndrome was not recognised in France.

But the Toulouse appeals court overturned the ruling and ordered the turbine companies pay €128,000 in damages for suffering endured and the loss in value caused by the turbines, which has been on the market for three years.

The ruling took place in July but was only made known to the public over the weekend after the deadline for a further appeal had passed.